a clear foundation of body awareness, strength, flexibility, coordination and cardio-fitness is acquired. From this base students are encouraged to develop their own unique talents, while sharing these talents with the group.

Musicality and theatricality are taught as part of technique and fascilitate individual and group expression. One time a year the students have the possibility to create their own choreographies to be presented to the public along side professional Berlin artists.

Our teachers are a team of working professionals dedicated to the continual process of learning and teaching. They meet regularly to exchnage ideas and discuss how best to clarify and personalize their curriculums.

Classes are offered in English and German. 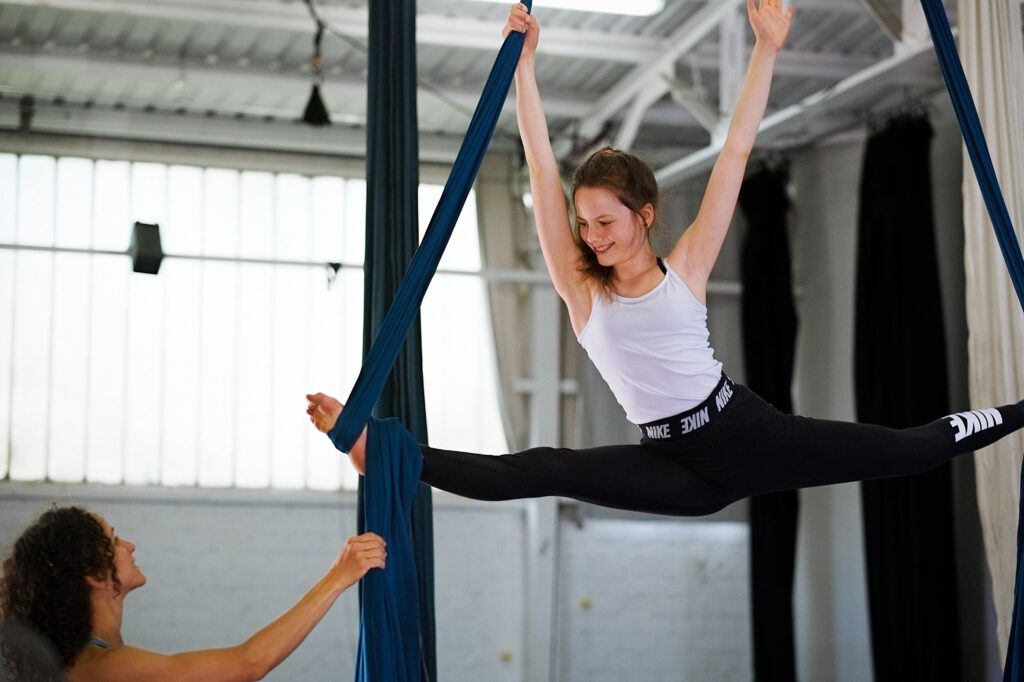 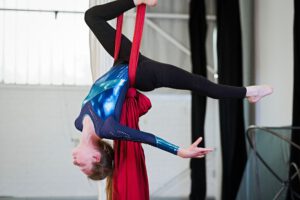 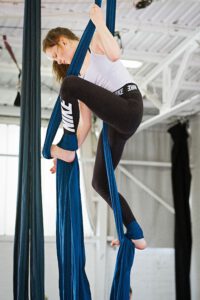 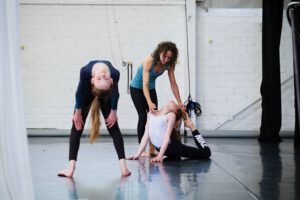 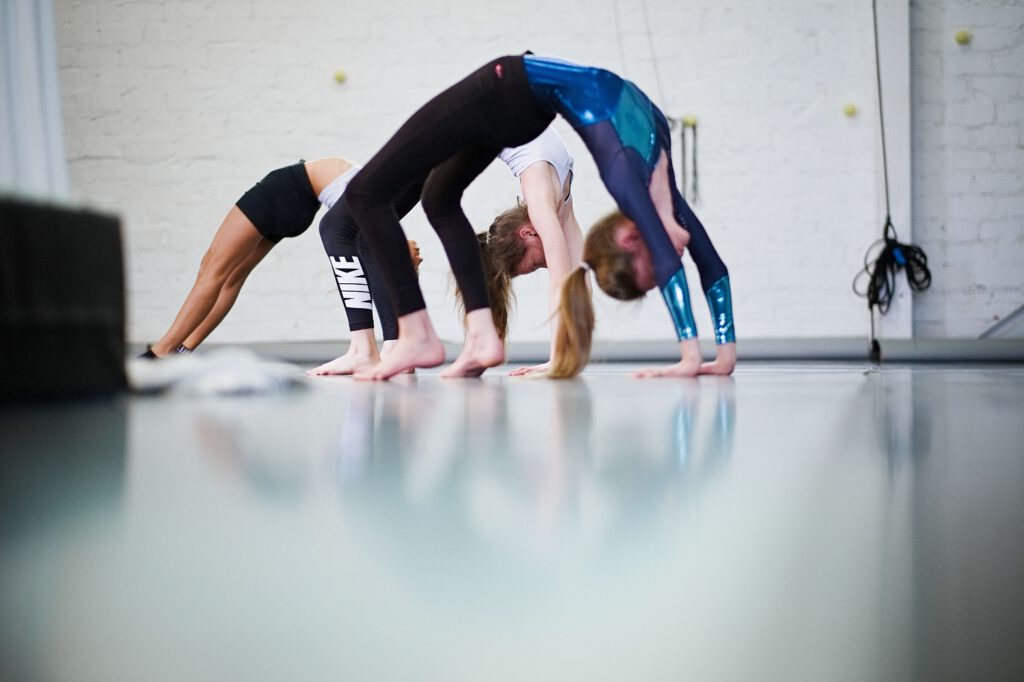 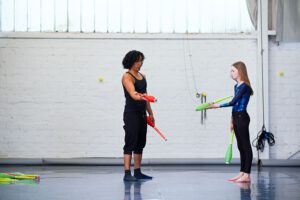 New courses forming and will begin fall of 2021: aerial acrobatics, floor acrobatics, juggling and children’s circus.
For more information, email us at mail@q-space.berlin.

Liz Williams has been a professional aerial circus artist since 2005. Working through out Germany in theaters such as, Wintergarten Variete, Chamaeleon Theater, Staatstheater Ingolstadt, Podewil, Friedrichsbau, GOP as well as many events and festivals. Her unique work draws on her background as a professional dancer, actress and study of 5Q and martial arts. More about Liz at www.liz-williams.com 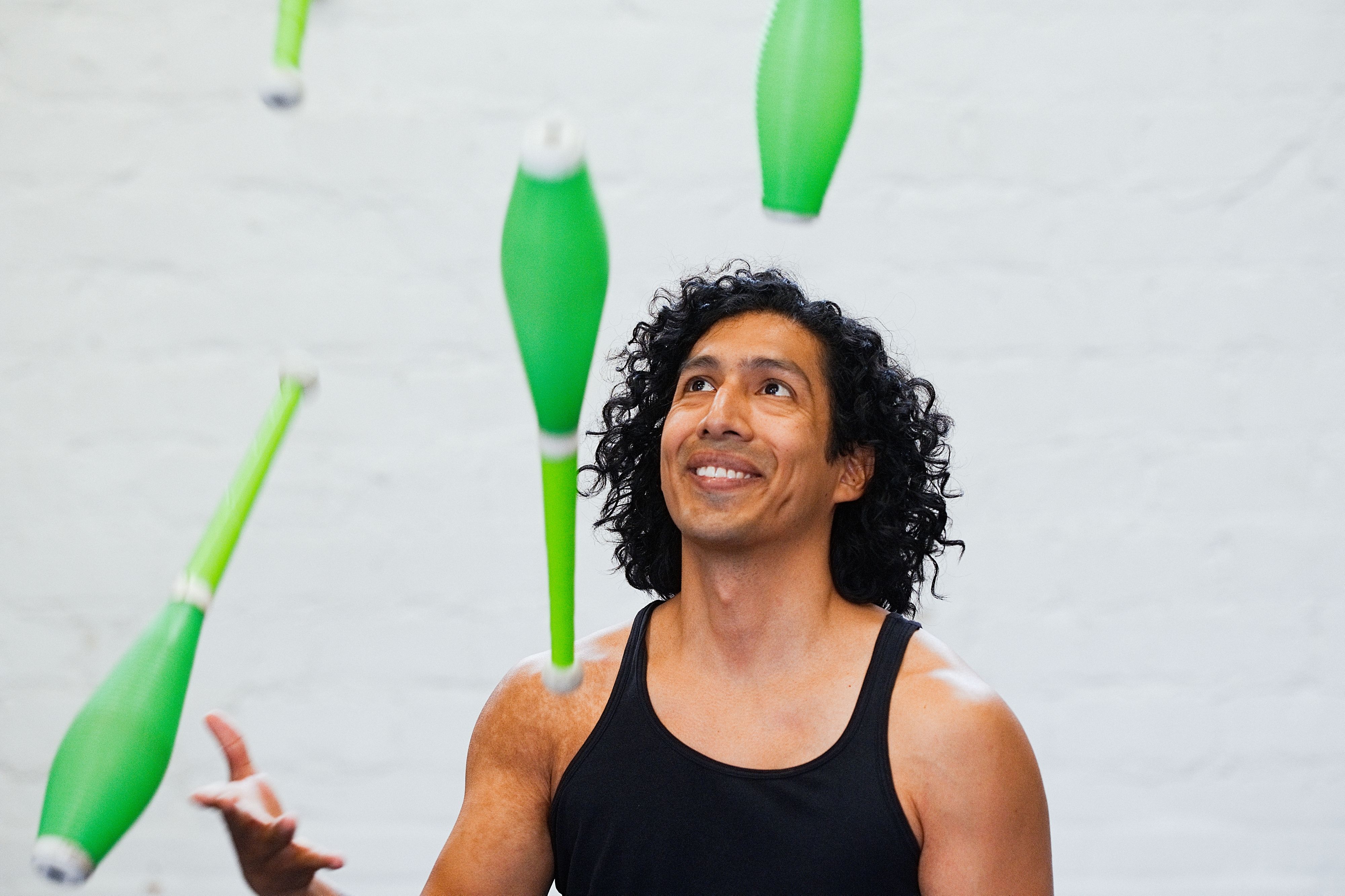 Fabio learned to juggle at the age of 13. He trained every week in the circus club at KGS Tarmstedt. But that was not enough for him. His coaches quickly recognized his enthusiasm and took him to the European Juggling Convention in Bremen in 2002.
At 17, Fabio decided to become a professional artist and graduated from the State School of Artistry in Berlin in 2008.
In 2009 he began his civilian service with the children’s and youth circus CABUWAZI and has since then also worked as a circus educator.
Fabio is the hybrid among the artists who is on stage by night and circus educator by day. 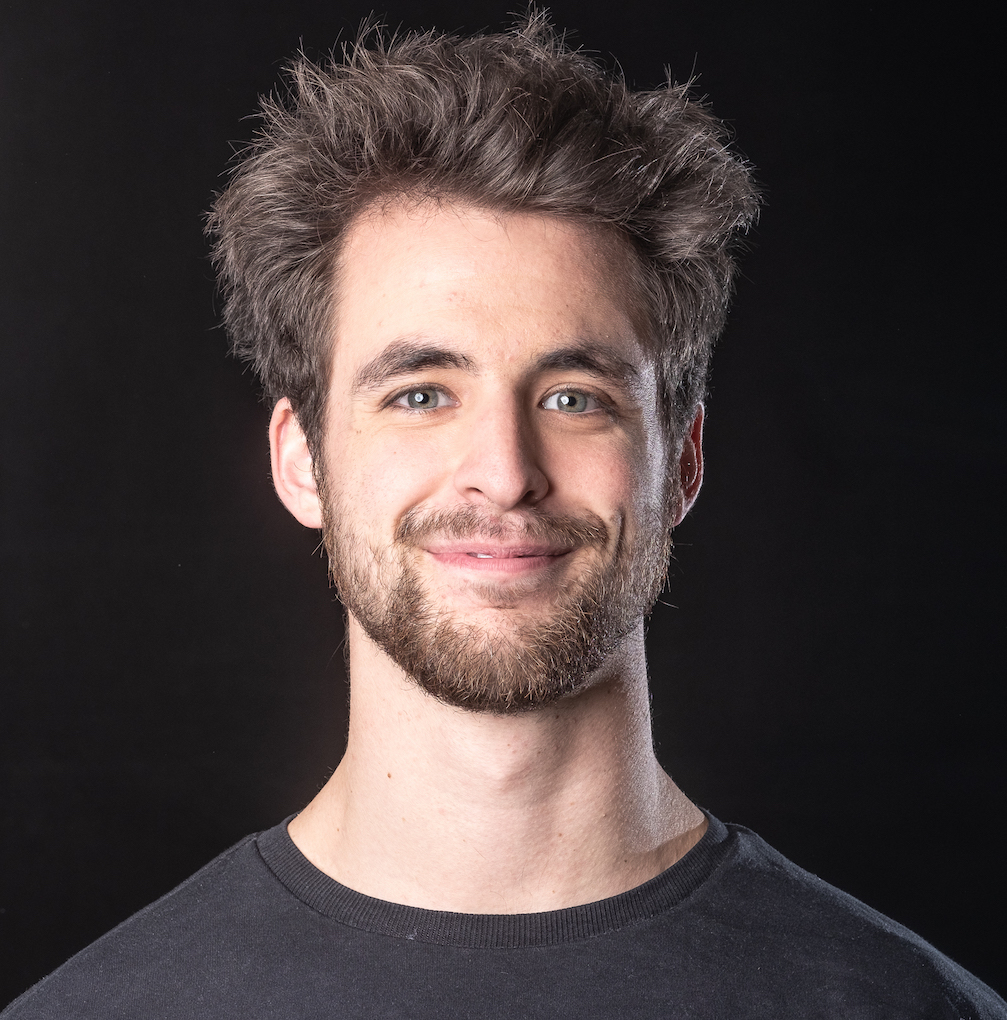 Joschi graduated from the State School of Artistry in Berlin in 2015. Here he specialized in partner acrobatics, handstand and juggling. Through his clownish, humorous expression and with the ability to throw himself into the fiasco, it is easy for him to connect with the audience and present the issues that are close to his heart. Since his graduation he has been working interantionally as an artist and as a circus trainer for acrobatics among others at the school where he discovered his passion for circus. 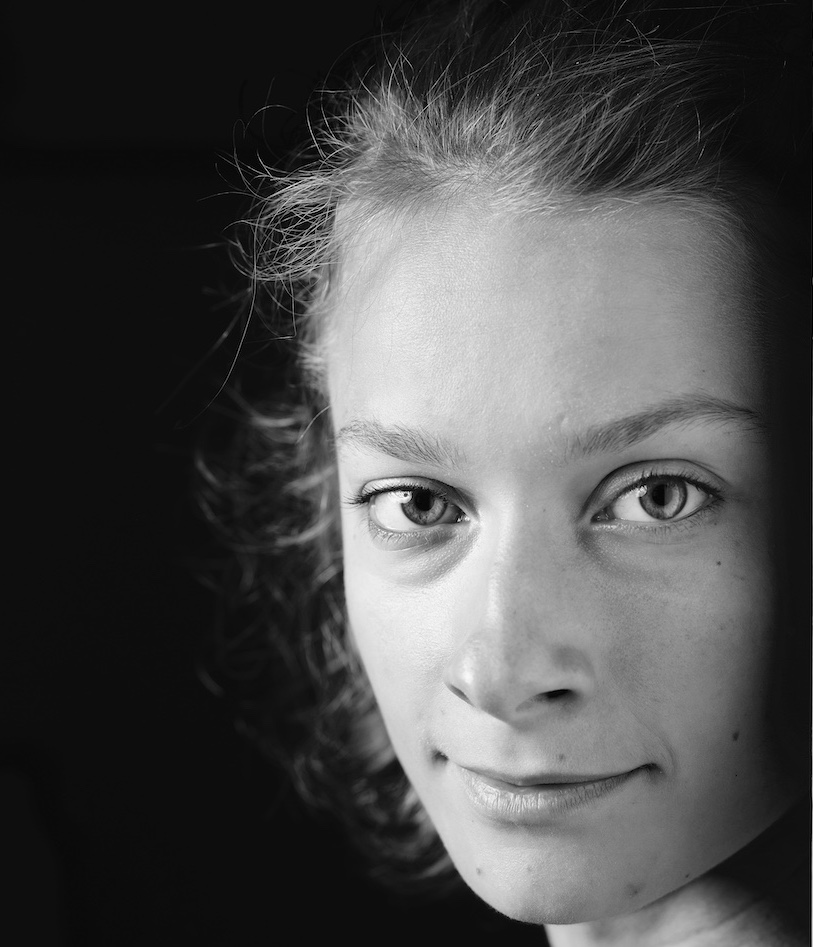 Marie’s passion for movement started with dancing. After a few intense years at the State Ballet School, her path led her to artistry. She was fascinated by the swing trapeze – it is spectacular, dynamic, high and even during training you never lose the thrill. Her dance background gives her work a special quality of movement.
Since graduating from the Staatliche Artsistenschule in Berlin, she has been working as an artist and trainer on the trapeze and with partner acrobatics. 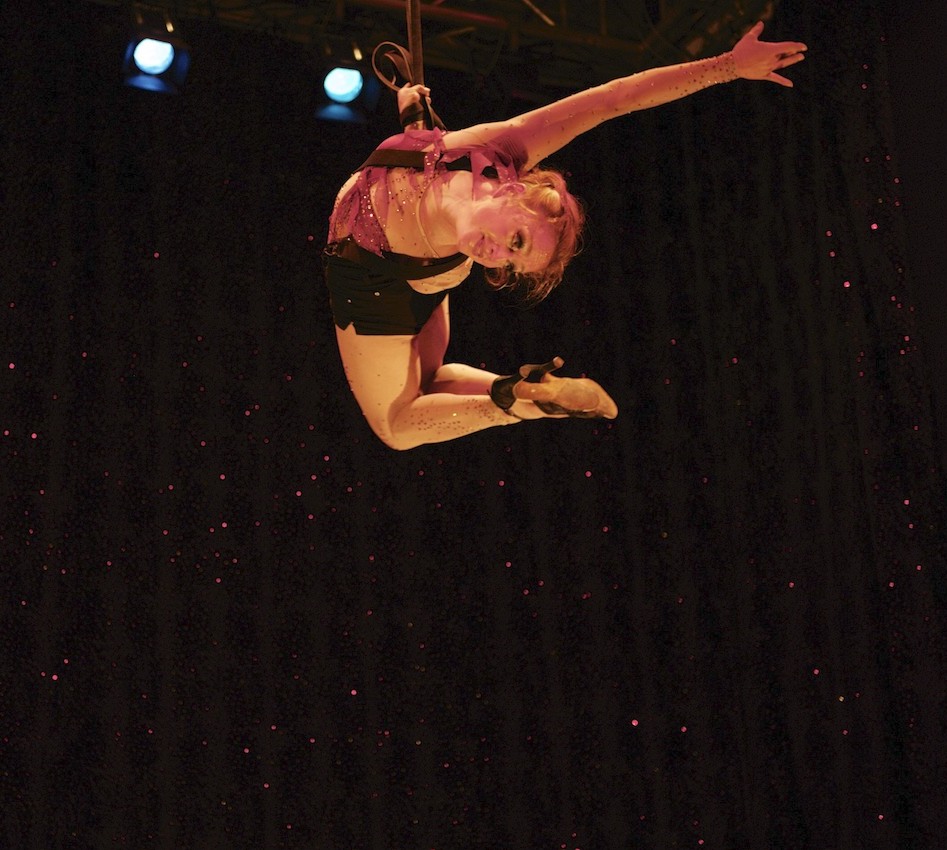 Kaleen McKeeman has created and performed original acrobatic works around the world since 2004. Following her graduation from the National Circus School of Montreal, Canada in 2006, McKeeman engaged in creative research with Cirque du Soleil, culminating in three years of performances as the main character and Aerial Straps duo artist in the original production, “ZAIA” in Macao, SAR China.  McKeeman is an aerial trainer, choreographer and artistic coach based in Berlin, Germany since 2012.

Write us an email or use the contact form below regarding questions about the courses, free spots or trial lesson. mail@q-space.berlin

Any cookies that may not be particularly necessary for the website to function and is used specifically to collect user personal data via analytics, ads, other embedded contents are termed as non-necessary cookies. It is mandatory to procure user consent prior to running these cookies on your website.