Our net spreads wide. By supporting and connecting projects, we create community. By creating platforms where work can be shown, residencies, and exchanges, we develop this community in a natural process. 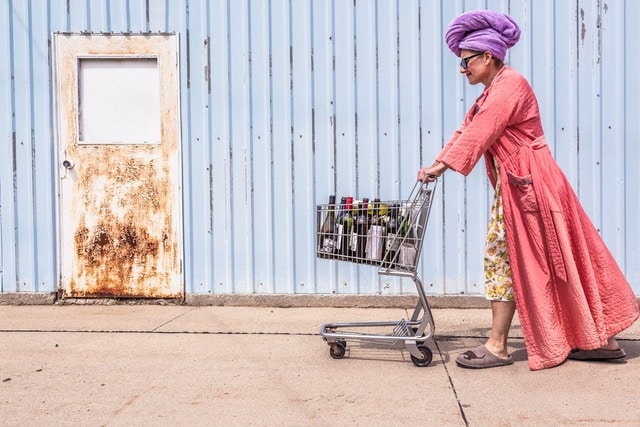 Q-Culture e.V. will have an Open Call for

STORIES FROM THE CONTINUUM.

The only limitation is the pieces have to be five minutes or less.

Please send your pieces to: stories@q-space.berlin 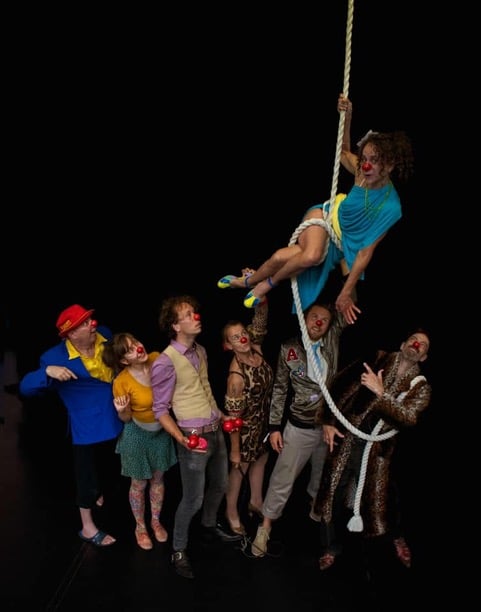 Clowning for the 21st Century. 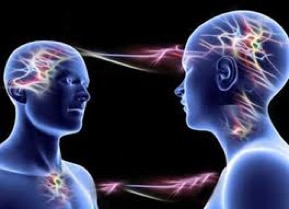 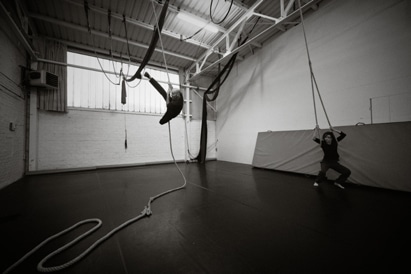 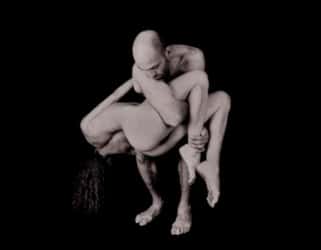 Quantum entanglement is a physical phenomenon which occurs when pairs or groups of particles are generated, interact, or share spatial proximity in ways such that the quantum state of each particle cannot be described independently of the state of the other(s), even when the particles are separated by a large distance—instead, a quantum state must be described for the system as a whole.

This is a Quantum-love story, the two protagonists are entangled in their reflection of each others worlds, entertwined in action and outcome.

Just as ‘String Theory’ is the the attempt at the theory of everything, ‘Entangled’ is our attempt at the theory of everything to do with relationships. We are the actions of molecules in a quantum state, the actions of  humans in relationship. We examine the physics of relationships, the reflection and vibration of of one person in the other, and then back again. Everything one person does, affects the other, which in turn affects the first and so on.

Measurements of physical properties such as position, momentum, spin, and polarization, performed on entangled particles are found to be correlated. Two Entangled bodies in a position with momentum and spin, are polarized, performing beautiful, dynamic, acorbatic feats corrolating to eachother at a distance, through a rope, in an inescapable system of physical properties. These two physically and spiritually connected Human, wave-particle-DNA, mysteries become one with sound, music, voice and video, to create the ultimate entanglement. They cannot be separated by time space or story, even if this story separates them.

Silhouetted bodies fly and glide, leaving falling text in their wake. Letters form words that then form a video-confetti atmosphere, like snow flakes create meaning in the wilderness of surreality.

Two creatures stand as the light rounds them and turns into ghosted-Projections they remain still. They wake up As if in the middle of the story. They do not know that they are forever Entangled. The light starts to shiver in the bodies, they move and the creatures Stir and find themselves connected via A light-line. Which shivers and becomes physical, A rope. Soon They Become aware that whatever one does the other reflects and they are delighted and Dumbfounded. There is gliding And rolling and jumping and giggling- flight. And they influence each other’s physiology and thoughts and being. And the light becomes more than light it becomes form, And tells their story.

Video projection is based on an interactive particle system reacting to the protagonists, the music and live play.

Particles are building blocks for landscape, words, structures, energy waves…
They breath, expand, collapse, accompanying the performers in their relationship with gravity. 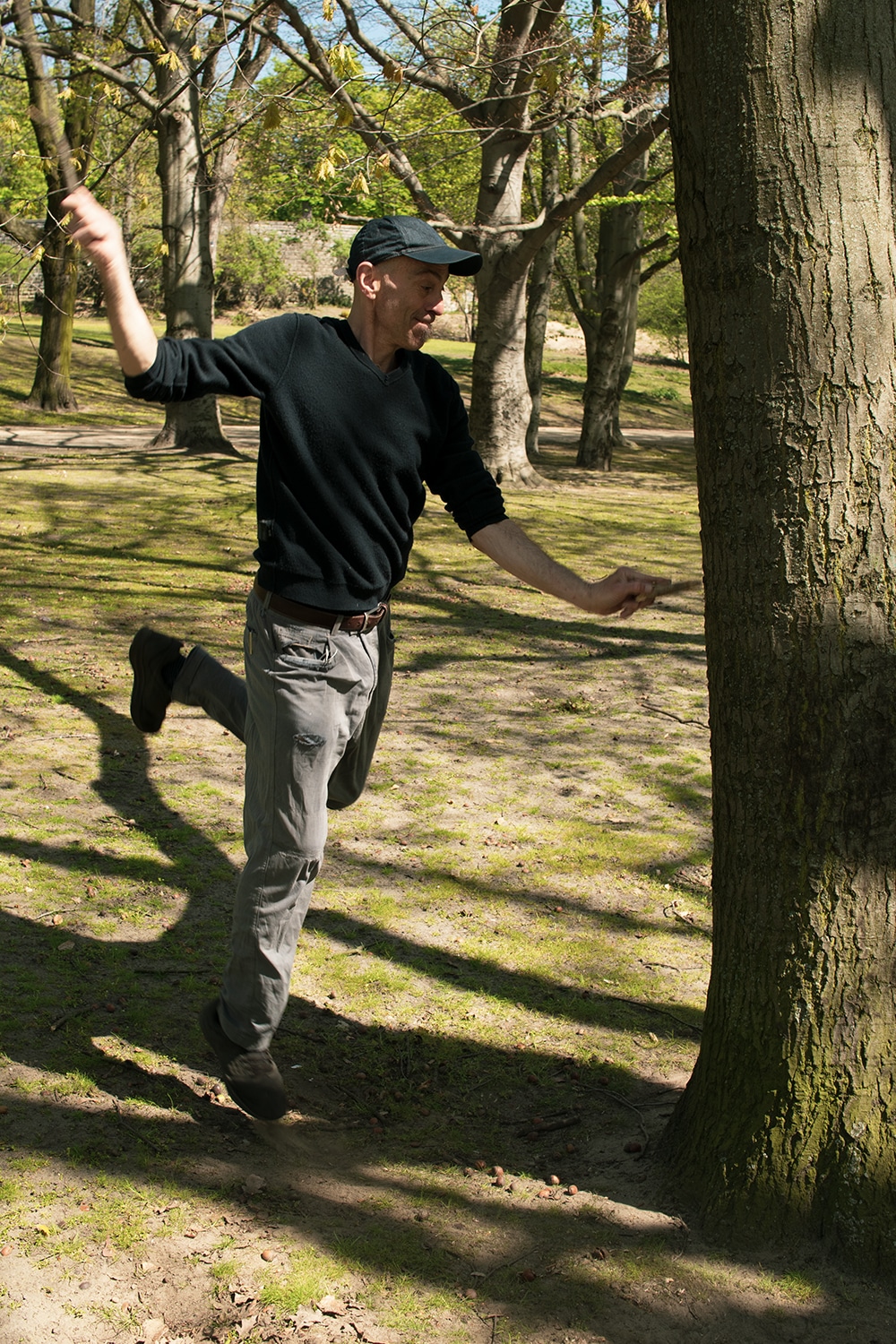 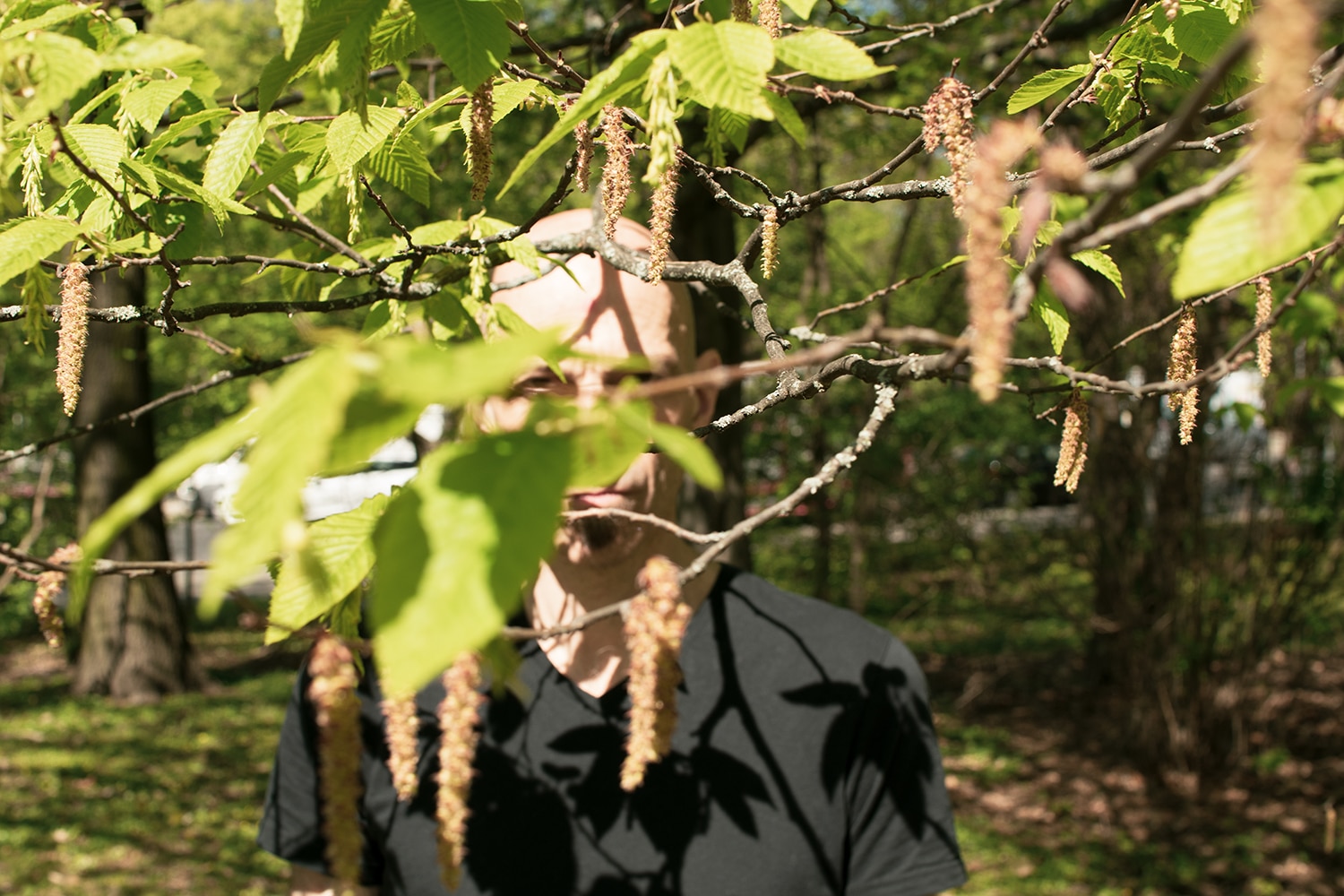 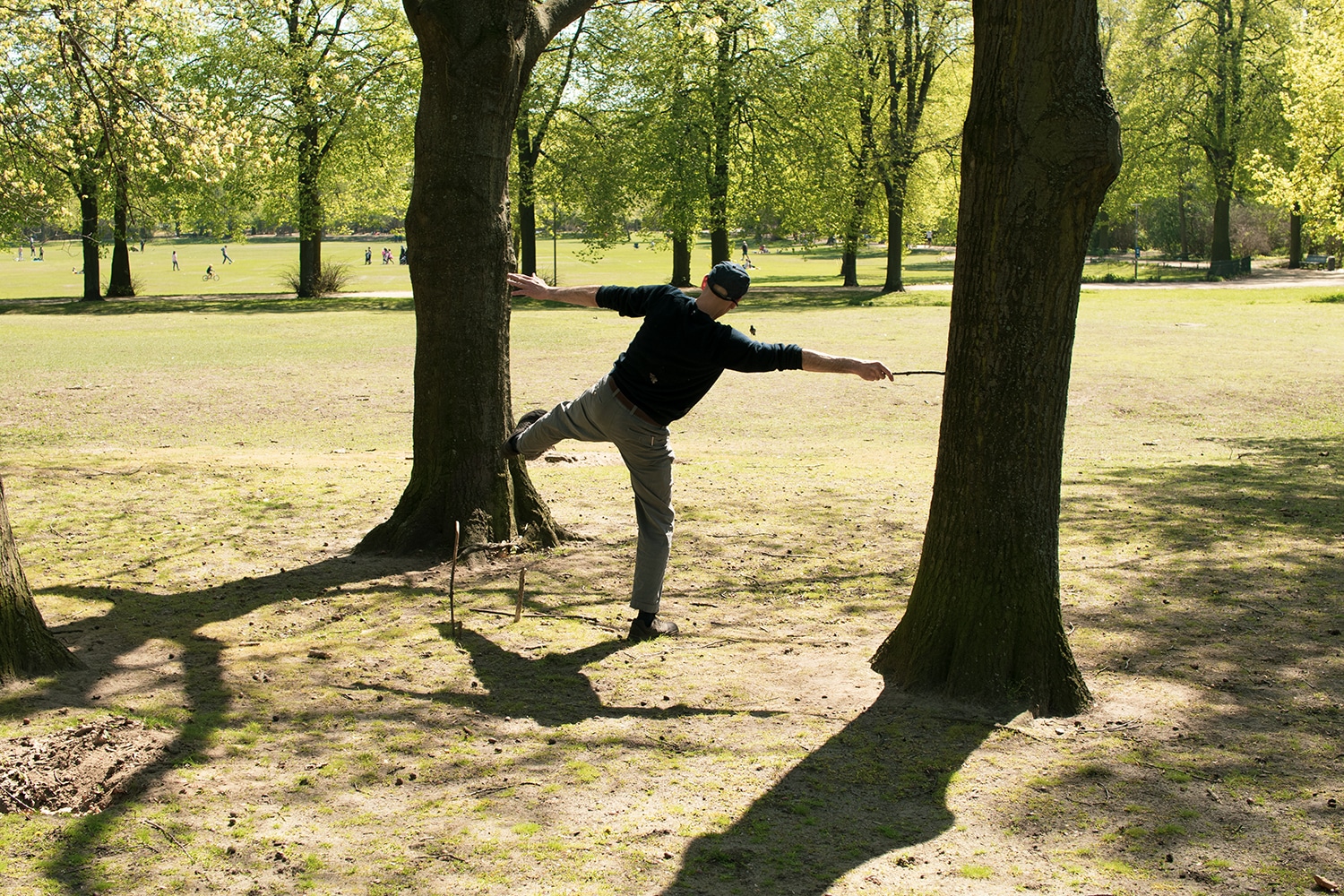 “My rings in lines and bark tell stories of my life and growth in a static an ever changing universe of seasons I am the emotion of the planet we are in a perfect symbiosis. What I eat what I Breath are the leavings of your body.

The breeze plays tricks on her ears the music of the universe, the music of our park. We’ve both lived here for years changes we mutate to meet like to meet the challenges. We are anonymous lovers, worshipers of the sun. It is our God and we need it as we need water and love. When one of us is cut the other bleeds. This work is a dance And a song and a ritual as important now as it ever was maybe more, as we reach the new age of the carbon silicon syllabus. This work is a reminder of our own human us a walk to the park I dance in the dark on a breezy night in a full moon in the theater. Projections on the trees Mimic the pulsating movements of our bodies. We are if we hope to live truly inseparable. Though we oratein the language of eulogy, this is no paradox because we are always on the precipice. Our stories. our lives are histories. We have woken up and don’t remember sleeping and we will sleep never having remembered being & the seasons will change and our bodies will crumble and we can be at peace with the knowledge that this Is this song and a dance in the ritual prayer but time is self could not unravel. This work is a hope and I cry and a whistle and a laugh at the past and the future of us.” 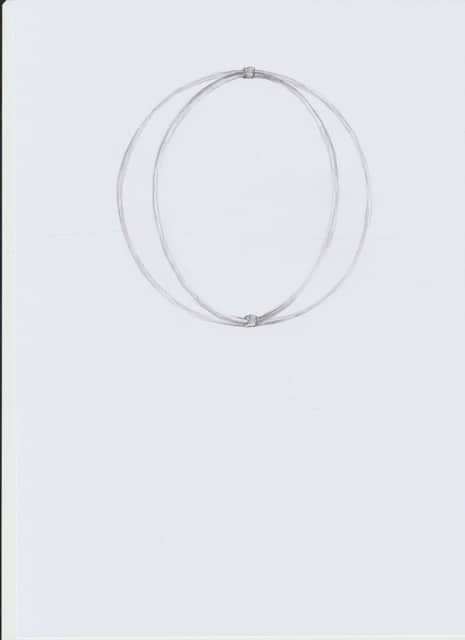 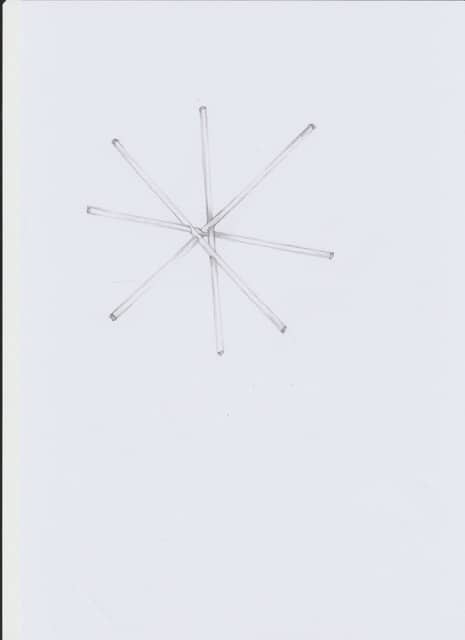 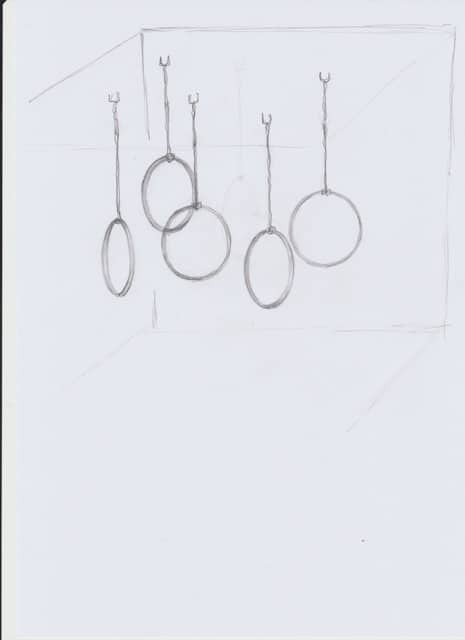 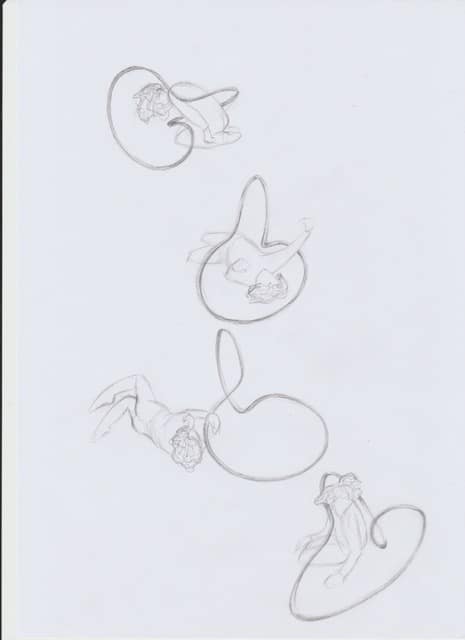 This Circus-Dance-Theater Sci-fi work, is an exploration and development, of and with simple metal sculptures as apparatus. Homoinventus takes on the abstract flexibility of possible futures and presents us with a take on the real effort of humans to interface with their synthetic companions. This work is based on the short stories, ‘The Dead Lady of Clown Town’, by the cult science-fiction author, Cordwainer Smith.   Homoinventus makes a characteristic use of sculptural apparatus, serving to accentuate the characters that inhabit this world.   The sculptures interface with the characters creating a hybrid physical organism.  In solving the impossible tasks that the sculptures and story set out for them, the performers experience an honest emotional response that keeps the work alive.

Each apparatus is made of steal. They are simple and welded into asymmetrical and symmetrical shapes that pose a challenge to work with in terms of physics. All sculptures have the possibility to be on the ground but also hung in the air. (See attached drawings for 5 examples of apparatus. A 6thone is 2 curved poles, approximately 4-7 m tall and rotating, with the ability lock into place in various facings.)

The 5 Qualities, a dance based movement system developed by Howard Katz, will be fundamental in the integration of circus techniques and dance.

Homoinventus deals with the current worldly themes of technology and how it affects society, community and freedom or lack of it.

This website uses cookies to improve your experience while you navigate through the website. Out of these cookies, the cookies that are categorized as necessary are stored on your browser as they are as essential for the working of basic functionalities of the website. We also use third-party cookies that help us analyze and understand how you use this website. These cookies will be stored in your browser only with your consent. You also have the option to opt-out of these cookies. But opting out of some of these cookies may have an effect on your browsing experience.
Necessary Always Enabled
Necessary cookies are absolutely essential for the website to function properly. This category only includes cookies that ensures basic functionalities and security features of the website. These cookies do not store any personal information.
Non-necessary
Any cookies that may not be particularly necessary for the website to function and is used specifically to collect user personal data via analytics, ads, other embedded contents are termed as non-necessary cookies. It is mandatory to procure user consent prior to running these cookies on your website.
SAVE & ACCEPT